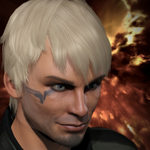 Hi Satan CZ
There is a simple explanation to all this: "UnitNav-" is deprecated, and "UnitNav " is the replacement. They are both kept both for reference, and because there are still some rogue pages using them.
As for "Multybox", it is also deprecated, as just listing the templates one after the other does the job just as well. There is no need for MultyBox anymore, but if you REALLY want to use it, I recommend you modify MultyBox rather than move 50 templates.
Finally, the problem is that there is a "clear" tag inside the NavBoxes:This guarantees they show up one above the other, and not side by side. The down side is that if there is an image inside the article, then it will be force down.
One solution for this is to simply put them in a table, and the problem is solved!

This solution is much lighter and easier to implement, not to mention much more open ended. I have been working on templates here for 2 years, and trust me, this is the best solution. Besides, there are only a few select pages with the problem, would you really go through all that effort, when such an easy solution is available?
Happypal 17:01, 20 April 2009 (UTC)

Why are you adding basic categories like Tech 2 units? This should be handled by one of the templates that unit pages include (unless that system was removed after I stopped contributing to the wiki...) --TaviRider

Hi man, I am not really sure, whether you are czech as me, thats why the english.. I am looking for some skilled gamers in CR(and not only in CR), I can beat all people I know and I am looking for some skilled players, so the question is, if you are from CR, can you give me link or contact to some group? Or even if you have time we could have a game, my mail is breakingclass@seznam.cz. Thanks.

Hi, previous message asking for some contacts was from me, I could use those pages to find someone, thanks anyway.. --PanLebowski

I'm not sure if it's SupCom Wikia policy, but on most wikis, I believe that you only have one link to the same article per page. In the T3 heavy/siege bot article, you added extra links to things like Harbinger, Aeon, Cybran, UEF, mass etc. I've not reverted it because I'm not 100% sure on wiki policy on this, but seeing as you're the one who made the changes, I thought that you either may not be aware of this "general policy", or may know the answer to the specifics here. --Yleron 16:13, 16 July 2009 (UTC)

You are right. It is usually better not to link more than once to the same article. I have read the link density article, but before fixing anything I want to read entire list of guidelines. --Satan 19:56, 16 July 2009 (UTC)

Retrieved from "https://supcom.fandom.com/wiki/User_talk:Satan_CZ?oldid=30995"
Community content is available under CC-BY-SA unless otherwise noted.