T3 heavy artillery are extremely expensive. Although not in the same price range as the game-enders, they are roughly 3-4 times as expensive as most Experimental units and should be reserved for situations where experimental units or overwhelming numbers of T3 units would be incapable of doing the job, such as super-heavy defence lines capable of chewing up a Galactic Colossus. Nukes can also be considered as a much cheaper alternative if your opponent is careless enough to neglect their defence. Still, T3 artillery is much harder to counter, and has more hit points than the game enders (except the Scathis, which is usually only covered by Cybran Shields)  and is cheaper in the long run compare to strategic weapons. Plus they can start firing immediately, rather than having to build their weapons.

Note: Surrounding an artillery installation with power generators allow it to fire more efficiently, and more often. A Duke surrounded by T3 Power generators could fire 5 shots in the time it would usually fire 4.

The Disruptor has a short range and high inaccuracy, but has a large damage radius. These qualities allow it to deal damage to large portions of bases, but make it poor at punching through individual shields.

The Emissary has high accuracy and range, and is notable for the fact that it deals more than 2 times the damage of other T3 artilleries. It is extremely effective at punching through shields and destroying targets in a small area. It has double the reload time of the other faction's counterparts, and costs the most. It should be used only when other methods do not work. 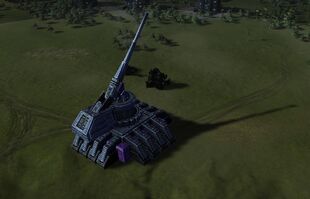 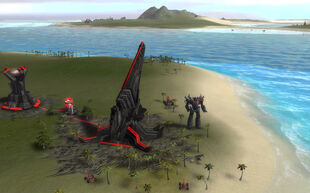 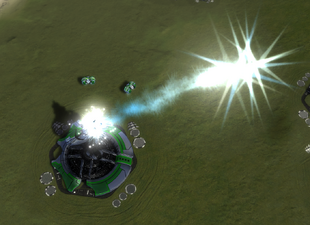 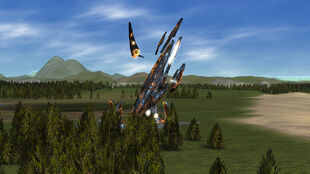 A Hovatham
Add a photo to this gallery
Retrieved from "https://supcom.fandom.com/wiki/T3_heavy_artillery_installation?oldid=43090"
Community content is available under CC-BY-SA unless otherwise noted.