The T2 sonar systems are intelligence units. They require more energy to run than their T1 counterparts, but, of course, have a greater range.

Aside from the usual differences in HP, the only difference between these T2 sonar systems is found in the Seraphim version. It costs more than the other three, but has a definite HP advantage and a sonar range of 350 as opposed to the range of 230 on the other three systems. This is a big deal, as the Seraphim lack a T3 sonar platform and a T2 submarine hunter. 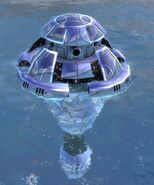 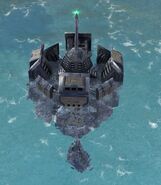 Seraphim Shou-esel
Add a photo to this gallery
Retrieved from "https://supcom.fandom.com/wiki/T2_Sonar_System?oldid=42513"
Community content is available under CC-BY-SA unless otherwise noted.