The various factions' point defence turrets all have high damage and short range, with minimal differences. These turrets can serve early on as defense against T1 armies and later on as high damage assistance to longer range turrets.

While these turrets work well against close combat units, especially the Monkeylord, they have short range and can be avoided or taken out easily. These turrets are cheap enough to be deployed in huge numbers and be easy to replace. With 167 DPS these units can be surprisingly useful. Most Commanders often overlook this unit when attacking a base, focusing instead on the economy or defending units, but should their army be forced into firing range they may be surprised.

The only known difference between the various turrets are the fact that the UEF and Cybran ones turn to face their target (approximately) 33% slower (and are less resistant to kiting as a result). 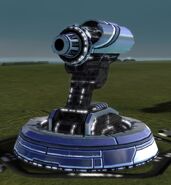 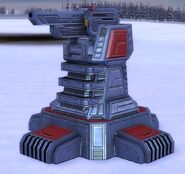 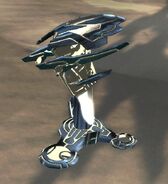 Cybran Autogun
Add a photo to this gallery
Retrieved from "https://supcom.fandom.com/wiki/T1_point_defense?oldid=42957"
Community content is available under CC-BY-SA unless otherwise noted.