The game is set 25 years after the events of Forged Alliance.

Since the defeat of the Seraphim the alliance forged by the UEF, Cybran Nation and Aeon Illuminate has held becoming the CDC (Colonial Defense Coalition) and resulting in 25 years of peace. During this time the three nations have intermixed and some of their military recruits are even trained together at the same institutions. This includes the campaign's 3 protagonists - one from each faction - who become friends at their academy.[1]

However, the peace is brought to an abrupt end by the assassination of the newly elected CDC President. Each faction denies involvement while blaming the others and war erupts yet again. The campaign follows the stories of the three friends and their relationships as they are forced to fight one another. [2][3]

Since Square Enix's games have been largely associated with the role-playing game genre, their games tend to elaborate more on the character's feelings and aspects rather than the whole picture. The original Supreme Commander is quite indifferent towards the character aspects, pointing more towards the factions as a whole instead of outstanding 'heroes' within; especially since you don't really play as a character in the game, as you are the character. The story of this new game seems to be based on these three characters' experiences instead of the more nationalistic story that the original Supreme Commander used. Having this fresher, character-based storyline may prove to be a success, but inevitably someone will notice the obvious story difference.

Various sources [1] [2] have revealed the names of the three main characters:

The Cybran Nation and the UEF will return but the Aeon Illuminate has been replaced by or renamed as "The Illuminate."[1]Why did the Aeon get a name change? Taylor felt that the Aeon units were to hard to identify on sight so they needed a complete redesign. Taylor also said "I don't know what it is, but I think about The Beatles...we all live in a yellow submarine" while looking at the new Illuminate transport. He also described the transport has a "high identifiable image, rather then some kind of nondescript high-tech, sleek, chrome crescent [4].

The Illuminate will not have a navy, rather most of the Illuminate's units hover and therefore can cross water. [5]

Supreme Commander 2 will feature approximately 25 "outrageous" experimentals in total. They are divided into "minor" and "major" experimentals with the latter likely more powerful and expensive.[6] Possibly, this division is intended to compensate for the loss of tech levels and/or to capture the feel of both the powerful experimentals of Vanilla SupCom and the more affordable experimentals of Forged Alliance in one game. Experimentals may be deployed from the Experimental Gantry before completion, Chris Taylor calls this 'half-baked'. The result is a fully functional experimental, but every ten seconds it runs the risk of complete and permanent failure.[7]

The "clumsy" tech system of the original Supreme Commander has been abandoned in favour of a more traditional tech tree with boosts, upgrades and unlocks to allow early units to remain useful and competitive even in the late game. Chris Taylor commented about the old tech system saying "We found that when they hit (Tech 3), players would take all of their obsolete units and throw them away like fodder. That's not strategic!" [4] There are now separate tech trees for land, air, naval, structures and the ACU. Boosts are increases in basic stats (e.g. speed, armor, firepower). Upgrades adds new weapons and functionality to units. Unlocks allow you to build certain units. You require points to unlock units which are earned by building research stations. The lack of tiers has led to a rather minimal number of units compared to the original, most of which now server up to 4 roles. For example, The destroyer and cruiser class ships of Supreme commander have been merged into a single "cruiser" vessel, which can adequately defeat most threats. The following have been mentioned:

So far only a few maps have been seen. The First appears to be a city, is Aeon or Illuminate in origin from the heraldic flags, perched on a cliff edge. It's dominated by a huge, semi-circular platform with an unknown structure in the middle (likely an objective) and four elongated platforms extending from it. Most of the battle takes place on this platform. There are also several mesas surrounding the platform which can also support bases and units. The Map has a greater sense of verticality than most RTS maps. This is the only map seen in-play, as it was the basis for the E3 video.

Other maps, seen only in screenshots, include:

A few remakes of original Supreme Commander maps are also in the game:

Two other maps have been announced, when preordering from EB Games [3], you will receive:

Supreme Commander 2 features a new game engine with new graphics, global illumination and state of the art pathfinding. The maps appear significantly improved over the original's heightmapped maps. According to Chris Taylor, the AI will be some form of "neural net AI." It is also stated that the game has more modest system requirements allowing more computers to run the game. In a interview for PC Gamer Taylor explained that he has a 3 year old computer instead of a "quad-core liquid-cooled whatever". Most likely he is referring to the steep requirements for the first Supreme Commander and Forged Alliance. In closing he explained "So, visually spectacular, but we have to do it while getting our performance requirements down. It's a conflicting set of goals.".[10] 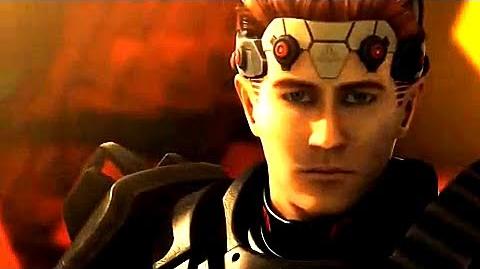 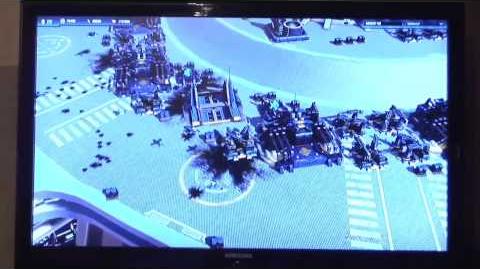 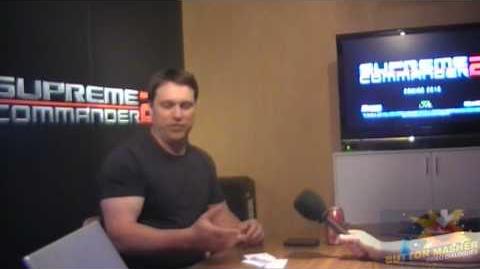 Retrieved from "https://supcom.fandom.com/wiki/Supreme_Commander_2?oldid=43549"
Community content is available under CC-BY-SA unless otherwise noted.