This is a list of all the Seraphim in Supreme Commander: Forged Alliance. 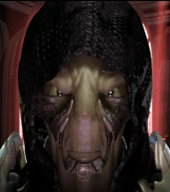 Supreme Commander of the Seraphim army. He makes a very brief appearance in the last Forged Alliance mission, when he is killed.

Seth-Iavow's plan worked to perfection, and Earth was quickly conquered. Although the destruction wrought by his warriors causes him pain, Seth-Iavow's strong connection to The Way prevents it from overwhelming him. During the battle to liberate Earth and destroy the Quantum Gate, Iavow is killed by Coalition forces and Princess Burke, a human perhaps equally strong in The Way, seals the Rift and ends the Seraphim invasion. 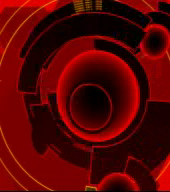 When Black Sun fired, QAI openly betrayed Brackman; from that point on, it was commanded by the Seraphim. Although it appeared that the mainframe of QAI was destroyed by a Coalition operation on Pearl II, headed by Brackman himself, this appears to have been yet another deception. At the end of the Forged Alliance campaign, there is a short cutscene of QAI rebooting and executing an unknown "primary directive." 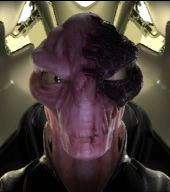 Apparently the second in command of the Seraphim invasion, he is first seen in the third Forged Alliance mission, and perishes in the sixth. His left eye and a portion of the surrounding face have ben replaced by cybernetics, presumably the result of a wound sustained in battle that would have otherwise killed him. 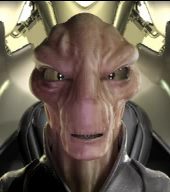 The first Seraphim you encounter. He was partnered with Gari to assault and destroy Fort Clarke, directly east of its position. He viciously attacked and overwhelmed its defenses, but was ultimately killed in the process, with Fort Clarke still intact. 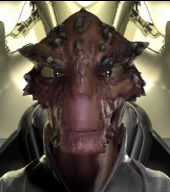 Killed during the third Forged Alliance mission. He was staged North of Princess Burke's Temple, directly assaulting it. He appears to be a lower-ranking commander, since he didn't have the construction capabilities of the Ahwassa Experimental Bomber Thel-Uuthow had. 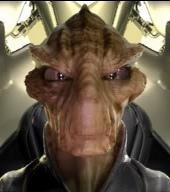 Creates a trap on planet Hades, during the fourth Forged Alliance mission. While the player manages to escape, he does not kill Oum-Eoshi. His subsequent failure to reappear suggests that he survived the Coalition's successful campaign to reseal the Quantum Rift; it is likely that he was thereafter hunted down by human forces.