A Fire Base is a base that is used to defend a players base from attack, or attack an enemy base. By defending a fire base, point defense and anti-air turrets can be used (also mobile units could be used) to attack enemy units. They are sometimes protected with shields. For attacking a fire base, mostly T2 or T3 artillery and/or air refueling/repairing pads are used to assist aircraft to attack a base. A FatBoy is considered a mobile fire base.

In order to build a useful and hard to destroy fire base here are some helpful tips.

Here are some basic styles to building a fire base for each faction. Remember you should always modify your Firebase(s) for each individual map. This is just a guide showing the strengths and weakness of each factions capabilities and a basic firebase layout.

This layout could be useful for defending on maps like Finn's Revenge or Fields of Isis where it's important to defend from units coming from one angle. UEF are excellent at this because they have T3 PD and they have a well known weakness which is slow turn speed. Also each tech level of PD covers the other levels weaknesses like T1 has fast fire rate to cover swarms and T3 has high damage to cover experimental units and T2 is somewhere in the middle. Also note you can add Air staging facilities under the shield. Overall UEF has the most expensive, but also the most comprehensive defense.

Aeon point defense is very strong and their T2 PD is the second most powerful PD in the game (behind the Ravager). It is very important to mix T1 and T2 with aeon because of theirir slow RoF. Aeon turrets turn 33% faster so they can defend from different directions at the same time. Also Aeon have excellent defensive T2 artillery so it's a good idea to use it in your base. Overall Aeon can make the most balanced defense positions in terms of damage and expense.

Cybrans have very weak T2 PD for defending against T3 and T4 armies, but are highly useful for defending early and mid game. If enemy units do get close it's good to have more T1 PD then T2 PD; Cybran T1 PD has twice the DPS as T2 but has half the range. Cybran T2 PD is un-kitable and is designed for taking out fast, relatively light threats such as scouts, Fire Beetles, and other bots. Cybrans also have weak shields so using more then one will almost always be needed (continue upgrading shields until they cover up to the walls). Cybran artillery is almost useless as a defense, it's high firing randomness and AoE are designed for bombarding basses, not defending against approaching armored assault bots. Cybrans will have the advantage in the early and mid game because their units cost less, but when they reach the late game their defenses will start to fail. Overall Cybrans have the cheapest defense.

Seraphim defense is right in the middle of cybran and aeon defense. Their T1 PD is very close Aeon T1 PD and can turn just as fast. Their T2 PD features a beam which can take out T1 armies quickly and has higher DPS then the Cybran T2 PD. The major weakness of the Seraphim is their AA defense, due to lack of tracking in its projectiles of its T3 AA. This can be made up for by using T3 Fighters patrolling overhead (so having air support platforms is recommended for their fire bases). Overall, they have the same cost as Aeon and almost as high DPS, with the beam style T2 PD and fast fire rate.

Here are some examples of great locations for building fire bases on a few different maps. These are just the most used locations and may not always be the best in any scenerio. The red is your default starting location and the green is where to a fire base could be located. 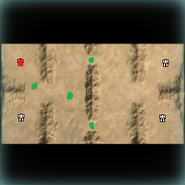 (Fields of Isis) This is full of choke points so building a fire base to control them is a advantage. Building one in the middle behind the 2 middle choke points is a good fallback postion 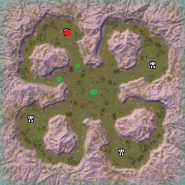 (Four-leaf Clover)This map has 2 choke points that lead to your base so controling them is critical. The center is a good postion to have a fire base if your enemies are turtling. 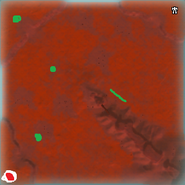 (Theta Passage)This is a textbook example of fire base placement. The green point closest to your base is best used for stageing attacks and the one to the north is a perfect spot for T2 artillery and the one in the top left is a good air support base. Also the green line is optional for early defense. 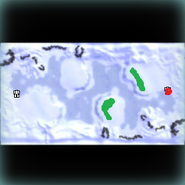 In the 5th Forged Alliance mission a secondary objective is to destroy a few fire bases.

Retrieved from "https://supcom.fandom.com/wiki/Firebase?oldid=42416"
Community content is available under CC-BY-SA unless otherwise noted.